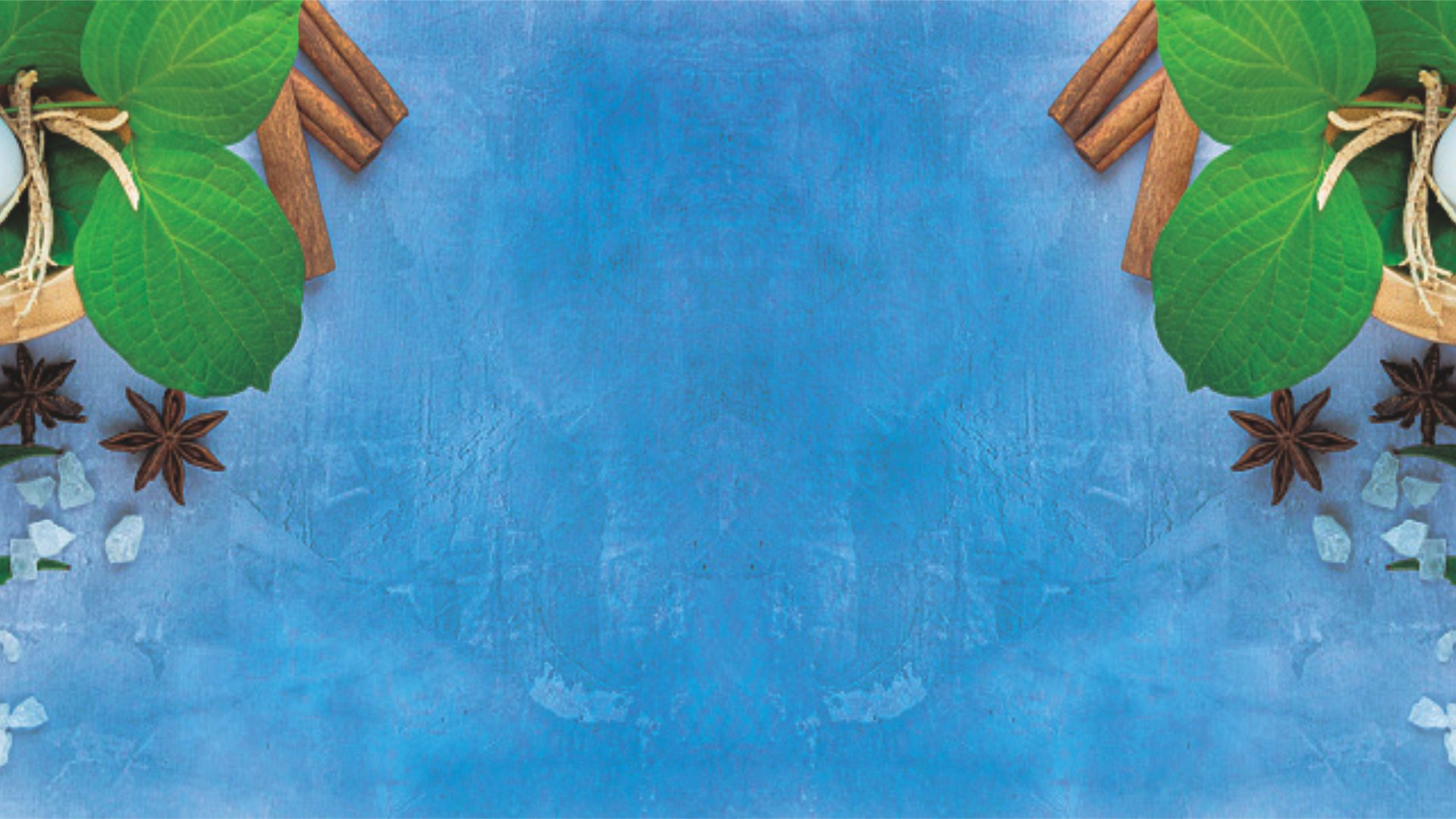 Indian civilization is one of the oldest civilization in the world and Ayurveda is as old as its civilisation. Today there are various medical methods prevalent in the world, among which allopathy is the most popular, other popular medical streams are Homeopathy, Unani, Chinese, Ayurveda etc, each with their own merits and demerits. Ayurveda is having a peculiar quality of natural healing system with its basic principle to eliminate the physical disease from root.

If we go back into the history of Ayurveda, it is evident that it has been in practice since 6000 BC. Basically, it is a botanical based medical system using roots, leaves, blisters and seeds, the same was also discussed in “Atharvaveda”. It is also mentioned in the Vedic tradition of Upveeda. It is said that such knowledge was received directly from Brahma to Adipurush Dhanvantari who also known as father of Ayurveda.

The development of Ayurveda was at its peak in the Vedic period, even in Buddhist and Jain times this method flourished uninterruptedly. In the great epic Mahabharata, Chikitsyaashtangayam Ashtanga means – medical treatment, surgery were mentioned. Antitumor system (treatment of epidemics as well as purification of toxic substances in animals, flora, and minerals), chemical system (infusion), life enhancer (intelligence and force), and rationalization system (semen enhancement and sexual pleasure, also sterility).

Ayurveda flourished in parallel with Buddhist and Jainism in the first mid-millennium BCE, along with Sankhya and Vaiseshika philosophy.

There is a mention of complex surgical operations, this treatment system, developed long before the civilization of Sindhughati, is a panacea treatment system capable of treating all kinds of diseases in the form of the divine method. However, modern medicine has not been successful even after many attempts to prove it to be quack and unscientific.

According to Ayurveda, the human body is made up of metals, stools and doshas. The number of metals is considered 7 in Ayurveda i.e. Juice, blood, meat, flour, bone, marrow and sugar. The basic sources of these 7 metals or the affiliation lies with the five elements.

The next phase is of doshas which are known as Tridosha in Ayurveda, and they are related to Panchabhutas. This is – Vat (it is given meaning by Akas or Vayu). Pitta or Bile (Agni is its main element and Enzymes means its original catalyst) and cough or phlegm – its basic elements are earth and water and mucus is its catalyst in the body. Parallel to three qualities have also been established, these are – Sato Gun, Rajo Gun, and Tamo Gun. Each dosha has a specific place in the body and mind or body and mind and its natural location plays the main role in physical formation.

The basic principle of Ayurveda is based on the proper balance of metals and doshas in the body and its main emphasis is on the quantity of food, sleep and the control of sexual behavior (abstinence). Ayurveda believes that the imbalance between body and manic defects is the main cause of disease and on this principle, all behaviour of Ayurveda is determined. According to an Ayurvedic opinion the state of equilibrium in defects arises when they are equal to each other. A second view proposes the principle that every human has a unique combination of defects which defines his mind, nature or nature and characteristics. But both the views believe that everyone should maintain their behaviour and environment in order to reduce or increase defects in maintaining balance.

The root of Ayurveda is on balancing the dosha, the concept of eight scripture-related compounds in Ayurveda and eight compounds (Compounds) are effective in the treatment of any disease. Substances like lead, mercury and arsenic are also used in this method, which can also be harmful due to their toxic properties, but in medicine (dosage) proportionate amounts of these methods it is certain that they play their role in the elimination of toxic substances inside the body. Similarly, the use of metals like gold, iron, silver, etc. is also prescribed under Rasa.

Ayurveda has its own concept regarding the determination of disease, the important component are body existence, mental existence and personality, all of them act as their own units. It is a holistic method (thinking -approach) used during disease determination and treatment, being able to influence each other, and is a fundamental aspect of Ayurveda.

There is also another approach of Ayurvedic treatment according to which there are different sources within the body that carry the liquids from one place to another and massage by using oil and Svedana (Sikai) – these treatments make the source unobstructed. The belief of this principle is that only unhealthy or obstructed sources cause disease.

Although the modern medical concept takes Ayurveda as an incomplete knowledge and ignores it, however, its prevalence cannot be denied. Ayurveda also has eight elements for identifying the disease, pulse, urine, stool, jiwa (Tongue), word (Speech), touch, touch, vision, and shape ( Appurtenance). The prevalence of Ayurveda can be known from this that Pachendriya (five senses) is used for the determination of disease, what would be a bigger example of its scientific authenticity, besides being scripted. Our sages and sages have done such extensive research and authentic explanation on the behavior of each subtle nerve of the body and their effects on the body, which is nowhere to be found. Shravan is used, for example, to establish the position of breathing and words.

Out of the classical eight branches of Ayurveda, two branches are related to surgery. Surgical ShalakyaTantra, but first of all the more fundamental side Ayurveda believes that the stomach is the root of all diseases and that is why its first inclination is to cultivate metabolism . This metabolism is actually the fifth action, through which nutritious substances convert into energy.This is a constructive form of metabolism. In contrast, protoplasm means organisms containing colourless Argh liquids containing oxygen, hydrogen, carbon, and nitrogen. It becomes a factor of emission actions by converting to plain materials. This is destructive metabolism of metabolism. A healthy metabolic system Ayurveda’s emphasis is on achieving biographical strength while creating and maintaining good digestion and consistency of excretion. One of the important nusks or prescriptions of Ayurveda is healthy food.

In today’s world modern medical practices like allopathy have dominance, but thousands of years before they came into existence, the golden age of healing of diseases started with herbs and surgical instruments along with herbs have also spread in this period.

The popularity of the Indian Ayurveda system can be gauged from the fact that the British medical researcher Joseph Constin Campeau lived in India for twenty years and studied Ayurveda surgical procedure. After studying the method of nasal reconstruction, he performed a successful Mose reconstruction operation. The importance of Indian Ayurveda can be understood from the fact that in the fifth century its important texts Sushruta Samhita and Charaka Samhita were translated into Chinese, in the eighth century it was translated into Arabic and Persian. And finally Ayurveda reached Europe in the 12th century. But the push for the spread of Ayurveda reached the British rule in India when it was neglected in the backdrop of the promotion of modern medical practices. But after independence as liberation from the British, this ancient Indian scripture received more attention and became part of the Indian National Health Care and under it the establishment of state hospitals of Ayurveda, And in today’s time, this ancient method is gaining more and more popularity internationally.

Modern medical science may have its own view, but the importance and relevance of Ayurveda is also proved by the fact that up to 80% of people in India either use only Ayurveda or as a compound with allopathy medicine. Talking outside the borders of the country, 70-80% of people in Nepal also practice Ayurveda as their medical practice faith is maintained. In Sri Lanka of the same continent, the ratio of people who trust Ayurveda is equal to the Indian consumers, and they are advancing Ayurveda based on the basic Sanskrit text of Ayurveda and now even in the western world, its spread and effect as an alternative medicine is increasing.

The basic concept of Ayurveda system based on botanical compounds and minerals. This concept holds that the natural cycle of life plays an important role in a person’s health. Jogginging, sleepping, labor, meditation are all very important for health. Regular bath, teeth cleansing, removing unnecessary oily elements of the body, scrapping the tongue, removing the scum on it, skin care and eye-bleaching (washing of the eyes) are also central elements of health.

It is a proverb about Dhanvantari Rishi, the creator of Ayurveda i.e. Knowledge of Longevity, received by the sages as a human medicine from God, that after his knowledge of human healing from Brahma Ji, he came to earth as the king of Varanasi. . According to Sushruta, the creator of Sushruta   Samhita, with knowledge imparted to Brahma after he emerged as the king of Varanasi, he imparted education and knowledge of this method to a group of practitioners including Sushruta and it flourished over a period of about two millennia. This healing method flourished with complex herb compounds, minerals and metals, along with nasal reintegration as well as the removal of the plateau from the liver.

Hit enter to search or ESC to close